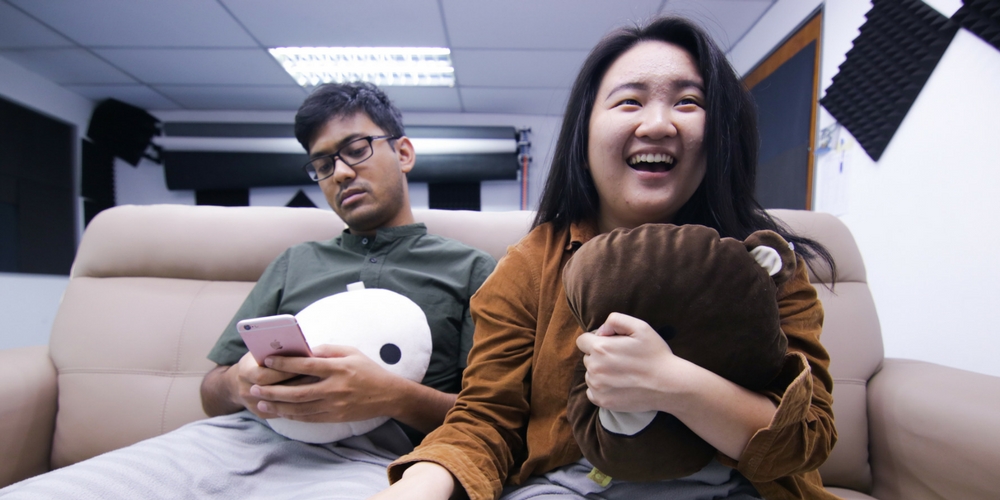 It’s easy to want effortless love. I mean, who wouldn’t want a relationship that’s low maintenance, and requires no effort on our part? Anything less, and it’s not worth keeping.

Of course, people would want a love like that. And who can blame them? There’s a reason why the romance genre is so popular on mainstream media genre. There’s not many shows or movies that don’t depict a relationship in some form.

There lies the problem. Many of us mistake the love we see on TV to be a representation of what it should feel like in a relationship. There’s always fireworks, sparks, and the feeling of meant-to-be. Growing up, I thought I had to find someone who’d be willing to drop everything if I asked.

Movies have made it seem like finding the one and falling in love is so simple. It raised the bar to an impossibly high standard. When it keeps bludgeoning this message that love should be effortless, eventually, it becomes easy to believe.

The years of growing up watching Disney princess movies have made me think so. Before Moana and Merida who were independent, tough, and took things into their own hands, there were Cinderella, and Sleeping Beauty who had all of their problems solved by love into a neat little bow. And I believed that for a long time in my life.

It took me an embarrassingly long time to understand it wasn’t real. Movies always cut off right when the characters are at their happily ever afters, because no one wants to see what comes after. The arguments, the compromises, and the ugly moments in between that threaten to break it. Which was why people got so mad that Barney and Robin didn’t make it even after all that build-up.

It’s hard to acknowledge the sacrifices that gets put into actually making a relationship work to make it worth it. Like, talking about your issues rather than yelling it out, or stepping up to the plate when your partner needs you even if it’s an inconvenience.

I’m not innocent of this either. The start of my relationship had all the elements of a rom-com, and I started to play up those expectations. Needless to say, it didn’t go well. I was frustrated when he couldn’t say the right things, or telepathically know what I wanted. It created a lot of problems for us, but since then I’ve learnt to be realistic.

Being realistic doesn’t have to be unromantic. It doesn’t mean settling for someone who doesn’t make us happy, or to put up with behaviours that are harmful. What it does mean is to understand that it doesn’t need to be perfect.

Since straightening out my fairy tale ideals, my relationship with relationships is doing much better. Instead of expecting life to hand us solutions just because we’re ‘meant to be’, we talk it out and try to solve it by ourselves. If I have a problem, I can trust him to think about it maturely and from my perspective, and I him. We’re comfortable being weird with each other, without being judged.

Reality doesn’t work the way it does in movies. It sucks, but that’s just the way it is. There’s going to be arguments–big and small–and sacrifices along the way. They’re not always going to say the right things, or be readily able to drop everything at a call, and vice versa. It takes a lot of work, communicating, and compromises.

Attraction is easy, but love is hard. At the end of it, fantasy isn’t inherently a bad thing, but it’s also good to understand that it does create a fake representation of how love should be like in the long run, because staying in love takes work and effort from both parties. It’s a partnership before anything else.

Love isn’t effortless. The perfect relationship might not even exist. Not every date can be an extravagant dinner or a vacation. It could just be a night-in with takeaway, watching your favourite movies with your favourite person in the world. And that’s the one good thing about being realistic, it’s so much easier to find happiness in the small things, because that’s honestly where it counts.

There Is A Special Place In Hell For Women Who Don’t Support Other Women
#PulangMengundi: 8 Anak Malaysia On How They’re Doing Their Part For GE14
To Top