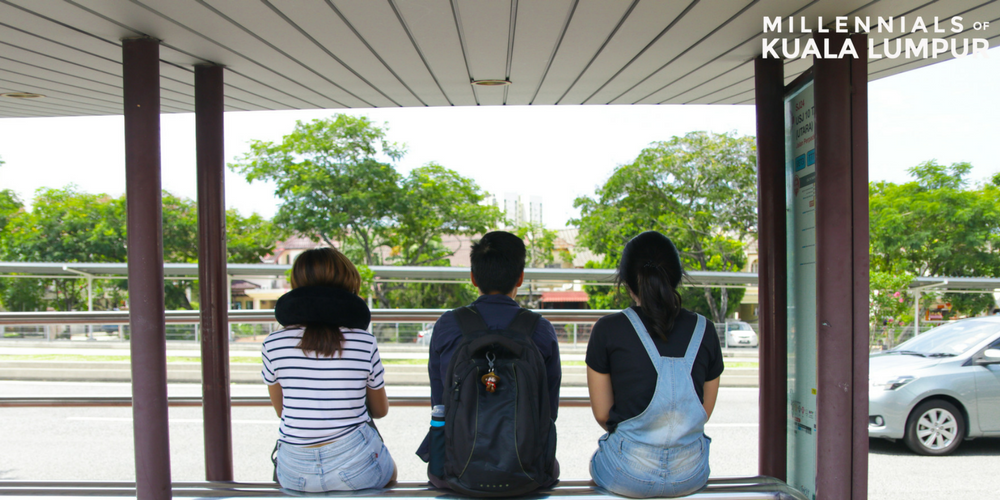 Some of us may have different opinions towards our country, but you can’t deny that there are moments that make us proud to call ourselves Malaysian.

Since the announcement that GE14 would take place on a weekday and in the middle of a working week, the rakyat have expressed their concerns of whether or not they can even make it back to vote.

While it was announced that 9th May will be a public holiday and that’s great, but there are still other pressing concerns like how many can’t make it back, because they aren’t financially able to afford to.

So, in a moment that truly embodies the patriotic spirit, people have been using the #PulangMengundi platform to connect sponsors to people who need the help, and to make sure that every vote counts, even if they might not be supporting the same party.

Here are what 8 millennials had to say about their experiences on being part of this incredible movement:

I believe that one vote can change anything, and that’s why that it’s my obligation to vote.

When it was first announced, I was thinking about how I couldn’t just skip my class, but I wanted to vote. I was excited to doing my part in choosing the best leader for my country.

But I’m still just a student, and going back to my hometown in Sabah was too expensive on such short notice. I thought, maybe I should approach people and try to get a sponsor. #PulangMengundi sounded too good to be true, but what did I have to lose?

I posted on Twitter and used the hashtag to ask if anyone would be willing to buy a flight back home. I thought it wasn’t going to happen. Maybe this was just a joke. But within 15 minutes of tweeting, someone messaged me for my details, and I got my flight tickets just like that.

I feel that #PulangMengundi is doing a great job of persuading the younger voters to really make their vote count. Especially for East Malaysians who can’t make the trip back home because of financial constraints. It’s because of them that I can make a difference, and for that, I’m grateful.

It hit me one night when I was having drinks with my colleagues. The topic of elections came up, and at the time, I saw no issue in telling them that I didn’t register to vote. It turned serious fast.

They asked me: “What are you doing to make a difference?”

And it hit me like a brick that I was part of the problem.

When the election was announced, the CEO of my company sent out this email. He wrote to tell us that voting was our basic rights as citizens by having a say in its future, and he urged those who didn’t register to take this time to help out in any way we can. I felt what he felt: This sense of duty to the nation and our responsibility to bring about change.

I thought about it, and a week later, I posted up this status offering to drive people to vote. Some people may not be able to travel back, and I’m sure they wouldn’t mind the company too!

There weren’t any serious takers for my carpool offer, but a lot of them told me to register as a Polling and Counter Agent (PACA), and I did. It’s another way for me to play my part in the coming elections.

I was possibly the youngest volunteer. The majority of the volunteers are of the older generation, but there were also a handful under 30s. Seeing citizens band together and volunteer to help ease the voting process — it makes me feel happy and proud to be part of this country. #PulangMengundi inspired this sense of unity between Malaysians.

I wanted to get involved beyond just voting. I couldn’t spare the time to volunteer, but I felt like I could help by sponsoring students who took the initiative to register themselves to vote, but didn’t have the funds to go home. I know that not many have the privilege to take a day off for a midweek polling day.

A vote is a vote, after all. I really believe that if we end up seeing a high voter turnout, then it would be worth it, and I would consider doing it again for future elections.

It was exciting to see the development of this platform, because I know the people behind it. So, when I saw how they were building this platform, it really filled me with pride that there are people who would go to such lengths for our country.

They were growing this community that’s helping so many people all over the country, and it let me do my part to help. I’ve already sponsored a few students, and I’m trying to help in any way that I can within my power.

Voting is important to me because it can improve the future of our country. Every vote counts, and that’s why I can make a difference.

When it was announced on a weekday, I felt disappointed, but I knew that it wouldn’t stop me from going back to vote because my vote counts. Even though I’ll have to fly from KL to Kuching, I have to do it because something needs to change, and my vote can change that.

I’m really lucky that it wasn’t hard for me to find a sponsor. I went on the #PulangMengundi on Twitter. Someone who I didn’t even know got back to me, and paid for my flight.

Watching people help each other, and willingly pay out of their pockets–it makes me feel so proud to be a Malaysian. Seeing all of this just reassures me that voting is so important, and how much my own matters as well.

At first, I didn’t really trust #PulangMengundi. I was skeptical. Can it be trusted? Is it really supposed to help me? It seemed so much like a scam to me.

My friend suggested that I try it out, since that was how she found her sponsor. So I decided to give it a try. It didn’t take me long before I found my sponsor. It took one week before they messaged me on Facebook.

Voting is our responsibility as a citizen. Even if it’s a lengthy process, it’s up to us to make sure we’re heard because one vote might change everything. This is the first time I’m voting, so I feel very excited about being able to make a change. I feel that if you want something to change, you have to contribute to it yourself.

When I found out that the election was going to be on a weekday, I panicked because I couldn’t take time off of medical school. Thankfully, the Dean gave us a 3-day exemption to go back and vote. The next question was, where was I going to find the money?

But it wasn’t hard. I filled up the details on the #PulangMengundi website, and it only took 2 days before I found a sponsor for my trip back home from KL. And I really want to make sure that my vote counts, because one vote can make all the difference.

After graduating, I want to work in the medical sector of the government, so I want to be part of the process. I want to vote for a leader that’s accountable, one that can walk the talk and stands up for the people.

#PulangMengundi isn’t only an initiative to help those in need, but it shows how Malaysians can come together in these times to offer help, because everyone wants what’s best for our country.

When I was following the #PulangMengundi hashtag on Twitter, and I was trying to help a fellow Sabahan to look for a sponsor on Twitter. I was angry when someone replied that they were prioritising Peninsular voters, because it was too expensive to fund East Malaysians.

Their reply was basically: “1 East Malaysian voter can cover the cost of 5 Peninsular voters.”

So, I wanted to stand up for the East Malaysians, and I set up a GoFundMe account and even got overseas sponsors to contribute. I narrowed my list to underprivileged students, and the sick and needy. Because I’m from East Malaysia, I’m familiar with the rural and the interior parts of Borneo, so it was easier for me to manage the requests.

It wasn’t easy at first. People were skeptical over how it’d work, and I have seen people trying to cheat others to get a free flight ticket.

But no matter how small my part was in the campaign, I believe that it will make a difference. I feel that this campaign made a wave, not just politically, but in how it unites us as a community. Just watching how strangers are willing to be kind enough to each other to help one another, I hope this would spark the creation of a better Malaysian community.

Through this movement, I’ve managed to help 30 underprivileged students and sick voters. It feels great.

I panicked when election date was announced. It was less than a month and I was so sure that I won’t be able to go home to vote because of how expensive it was.

This is really important to me because I don’t want to wait for another election to be able to make a difference. And I believe that Malaysia needs the change.

I found out about #PulangMengundi because people were sharing it on social media. I didn’t think much of it after tweeting for help but after 2 days, someone replied asking if I still needed help.

I remember how happy I was. My heart was beating so fast. When I got my flight itinerary, I honestly didn’t believe it because I’m going to go home and vote for free. It felt so great that I wanted to help out too.

My friends needed sponsors too, so I tried to find them. And I did. Now, 9 of us are going back to vote together, and that makes me so happy.

This movement has truly humbled me. It was so surreal that someone just popped out of nowhere and bought me a flight back home, just so that I can do my part in making a Malaysia that I believe in.

These are just the few of the stories of #PulangMengundi, but there are so many more out there. People are still trying their best to do their part for this election. Whether it’s paying for flight tickets, or by connecting people to sponsors, like offering to carpool through the Droupr app, or subsidising travel subsidies like UndiRabu–it’s these moments that show that Malaysians do care about the future of this country.

It’s heartwarming to see how we’re coming together in a time that’s so important and crucial. There are rare moments when Malaysians show how much we love our country, and this is one of them.

No matter what happens during the polling day, if there’s anything I hope that comes out of this, it’s that I hope this will inspire the younger generation to care about our country.