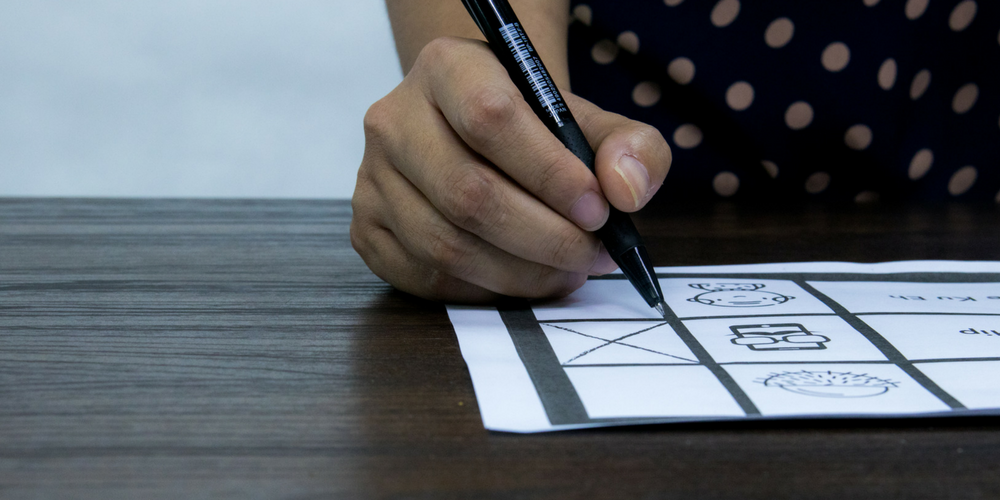 GE14 is coming, and many millennials can finally exercise their voting rights for the first time. Since its announcement, there’s been so much happening, like the heartwarming unity that was showcased in the #PulangMengundi movement.

Voting is a really big deal. It’s one of the ways for us to really contribute and have a say in what kind of a future we want our country to have. But with how things are politically in Malaysia, people are beginning to think that there’s not much hope, or that their vote doesn’t matter.

So, we ask 8 millennials on why they’re voting (or not):

I’m voting because I’m dissatisfied with how things are being run in Malaysia. Honestly, we’re long overdue for a change.

Our leadership is archaic, and we can do better. We deserve better. I understand thinking that your vote isn’t going to change anything, but not voting takes the power from yourself. There’s no point of complaining about things if you’re not going to actively try to do anything about it.

I especially don’t get why people would want to even take part in #UndiRosak. Why would anyone go out of their way to go to their polling station, just to spoil their votes?

It’s such a shame that there aren’t more millennials who want to be actively involved in politics. It affects our future because Malaysia is our home.

I’m voting because if I don’t exercise my rights, I will be labelled as another apathetic millennial. I’m tired of that notion, and quite frankly, I don’t want to be one.

But honestly, I don’t think it’s going to make a difference. I feel like my power as a voter is undermined by the state of politics here and how biased the Election Commission is. Talks of how the elections might be rigged as well, it really feels like my vote isn’t going to matter.

However, at the very least, everyone should stand up for what they believe in. I don’t want to judge and complain about the state of things, but abstain from voting. It’s something that shouldn’t be taken for granted–if you’ve been given that right, you should use it.

To me, I think that voting is a responsibility of each citizen. An election decides where our country will move from here. We have to show that we care, and cast our vote to the side that we believe in. With that, I’m flying back from Melbourne to make sure my vote counts.

While I agree that it’s up to the person to decide if they want to vote or not–it’s still their choice, after all. We have to choose leaders that want our country to grow, and that’s a power that we have. And change doesn’t happen overnight.

We have to fight for it, to be patriotic, and care for the people and for the future of Malaysia.

Honestly, I never thought much about voting. I registered because my dad saw a voting booth, and told me to.

Voting is a right, and I think if it makes someone feel like they’re a part of our country, then it’s just one of the many ways to do it. I don’t think there needs to be this strong reason to vote, and people who judge others for not being as passionate actually risk chasing the voters away.

I think that if you don’t vote, then you can’t preach. That’s what I don’t get about the people who support #UndiRosak. They’re usually the ones who actively talk about the elections, but aren’t actually doing anything.

At the very least, vote so that you can say you’ve tried to do your part. I might not be as gung-ho about it as some are, but I’m doing my part.

I’m voting because I think it will bring about positive changes in Malaysia. It hasn’t happened yet, but I have faith.

We have the power to change Malaysia, and we should use it. Voting is a responsibility, and a right that shouldn’t be taken for granted. This is our chance to have our voices heard.

I know there are people who are abstaining or believe in #UndiRosak, and personally, I think it’s selfish. Voting was a right that our ancestors had to fight for. There are countries like Hong Kong that are still fighting to have their say in the future of their homes.

Even though both parties may not be perfect, we should opt for the lesser of two evils and pick for the party that’s likelier to change Malaysia for the better.

I’m not going to vote for GE14, because I didn’t register, but I don’t think that that matters.

I think that in this country, voting is important on a symbolic level. It shows that we have the power to oppose corruption, but realistically, I don’t think voting will do anything. This country will never change. Not peacefully at least.

As for #UndiRosak, I have to agree. It’s useless, and a meaningless gesture. I know anything can happen, it might be a straight election, but I really don’t think that that’s going to happen. Voting isn’t going to change anything because this country isn’t a traditionally democratic country.

I don’t know what would change my mind. I honestly don’t know if Malaysia will ever be better, or if I would ever care enough to want it to.

I’m voting because I believe we deserve a better country. Even if people say that their one vote doesn’t matter, I disagree.

Every vote matters because it symbolises our hope for a leader we believe in. The youths that are apathetic about voting have basically given up their rights to a better country, and a future for Malaysia.

If you want something to be better, you have to do your part to contribute. You can’t complain and expect it be better, just like how you can’t blame the government if you’re not going to actually do something to help.

I feel like it’s my responsibility to vote. To me, the elections is important because it would define both my future and the future of Malaysia. Even though some people tell me that I should consider building a life for myself in Australia instead, I dream about being able to make my home a better place. And voting is my way to help.

Living in Malaysia, I’m sure a lot of people know that our country has gone through a lot of problems, and that it’s diminished any hope we have.

But useless as it may seem, the only way for us to move forward is to take that step.

Elections should be an exciting time. It’s our chance to contribute and do our duty as citizens. But for GE14, voter apathy is a real problem. The “It’s just one vote” mentality isn’t going to help either.

The youths actually make up the largest population of voters this election, but we are also the most apathetic and uncertain in the influence we have in actually swaying this election.

We need to actually put in the effort and come together before Malaysia can grow into the country we want it to be. It’s going to take all of us to come together if we want that to happen.

*Names have been changed to protect the privacy of the individuals.

#PulangMengundi: 8 Anak Malaysia On How They’re Doing Their Part For GE14
7 Postal Voters Who Are Flying Their Votes Home And Why It Matters To Them
To Top