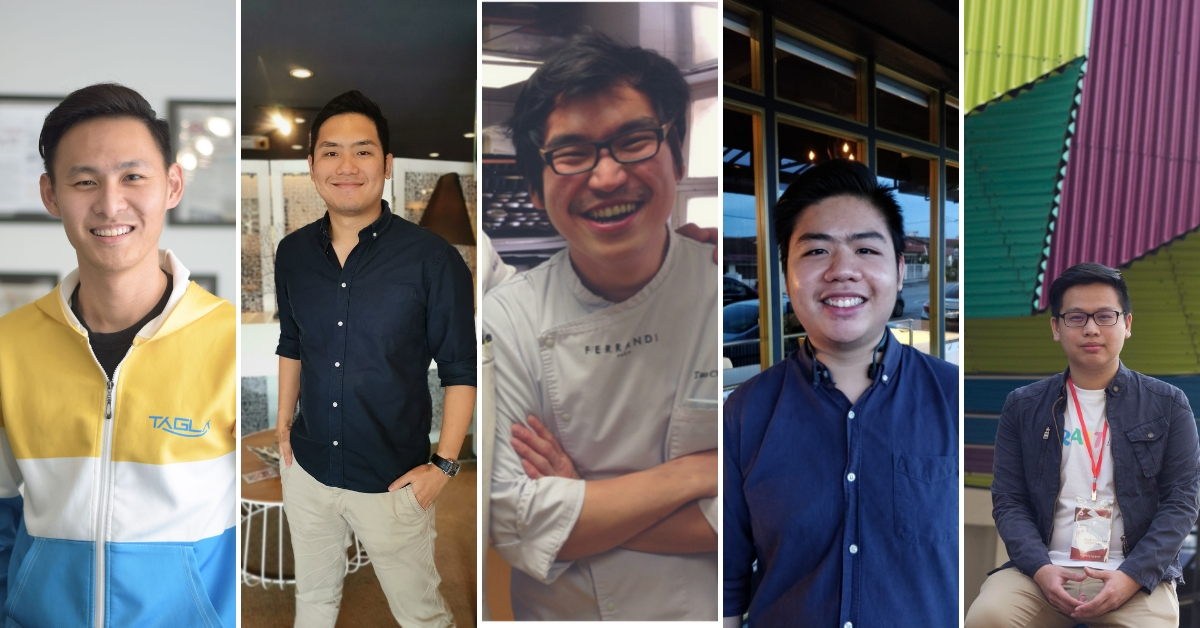 We all have dreams. Some see themselves gracing stages around the world with performances, or having wealth beyond their wildest imagination, or even finally doing what they love for their careers.

However, there are a lot of things that can hold us back from actually realising these dreams. For a start, most of us are told from a young age that stability and pragmatism ought to take priority over other passions that may be a little more obscure.

But it’s 2019, and we’re blessed to be in a generation where career options and opportunities are aplenty. We spoke to 5 Malaysians who left stable, conventional careers—all in the name of pursuing their dreams.

Having a background in Finance and Management, Paul spent close to a year in the banking industry, working standard 9–5 hours.

But it wasn’t nearly enough for him.

“One day, I suddenly asked myself if my life was going to be like this for the next 20 years, just working 9-5 everyday. I also asked if I should step out of my comfort zone?”

So he chose to quit his job for a chance at making a difference in something that he loved.

It hasn’t been plain sailing all the way, however. Given the niche nature of CRAFT La’s offering, Paul explained that one of the main obstacles that he encountered during CRAFT La’s early stages was the lack of awareness towards handcrafted products among end-users.

But the founder revealed that passion is a vital element in all of this—he spent hours cultivating appreciation towards artisanal crafts in the market. And the results have been pretty impressive: CRAFT La has a built a Facebook community of more than 90,000 members, and they hope to create 500 job opportunities for independent artisans to turn their hobbies into businesses.

A trained lawyer, Kevin realised early on that a career in the legal industry was not for him. His heart was set on becoming an entrepreneur, an interest that dated back to his childhood.

From selling toys at morning markets at the tender age of 8, he caught the bug of entrepreneurship early on;

“I fondly remember the adrenaline of closing sales and seeing customers that were extremely happy with my products!”

After deciding to leave the legal field, Kevin started a company called Ento that sells crickets as snacks. The core proposition behind it all is sustainability—scientists have predicted that by 2050, most of the human population will be on vegetarian diets.

The lawyer-turned-cricket-farmer explained that the best thing about his new career is the cause behind his mission.

“Since I started Ento, the best thing about work is that ‘work’ doesn’t feel like ‘work’! To me, the days seem to get shorter and shorter because my team and I are so fixated to fulfil our mission.”

For those looking to follow a similar path as Kevin, he advised people to make calculated risks.

“Think about your current career trajectory in the next 12 months to 3 years. Look for opportunities where no one else is looking. Perhaps the opportunity presented may not be something you are passionate [about], but [if] you see great potential, pursue it. Take action, seize the opportunity. Dare to dream, dare to be different.”

When it comes to programmers and coders, often times you’ll find that their interests stem from their younger days with games.

Jeffrey Soong, who is now a coder working with FutureLab, began his working career by running the marketing side of things for an Italian restaurant.

Having pursued tertiary education in Marketing and Psychology, he confessed that he had always been interested in the art of automation from a young age.

According to Jeffrey, his journey of creating things started in the popular game, Minecraft.

“I realized I gain[ed] a great deal of joy out of crafting systems that automate tedious aspects of my gameplay.”

Upon realising that his true calling lay in engineering, the dilemma was time. How do you drop out and switch courses, all without wasting time or money?

The answer is a combination of hard work and passion. After completing his studies and working in F&B for 1.5 years, he started considering his game plan for the future.

“Coding was the very obvious answer that stood out to me, because it has always been the thing I wanted to do.”

After enrolling in a 3-month long coding bootcamp, he now works full time as a coder for FutureLab, a Malaysian startup mentorship platform.

“Having fooled my way through three years of a mathematics degree which I never really used in real life and then 10 years at a desk job, I was obsessed with the need to pick up a new capability or craft of some sort.”

Tao worked for a decade in the banking industry after graduating from university, but his desire to pick up a new skill that had tangible results beyond certificates and more acronyms to add to his CV ultimately led to him leaving his full-time job—without another job lined up.

Being a stated foodie himself, the route for Tao to turn his passion into a career was obvious to him.

“Do lots of homework (I spent a year in France pursuing a diploma in patisserie), get a move on it (it took me four years of procrastinating before summoning enough courage to leave my day job), and start from scratch if you must (I baked relentlessly for friends and colleagues until word got out).”

Fast-forward to today, and Tao has a simple piece of advice for others who are looking to follow a similar path;

“If you’re switching careers and starting out on your own, the sheer amount of hard work will demand so much of you that passion is no longer merely important — it is a necessity!”

He further revealed that you should always consider your worst case scenario, as passion projects and ideas can sometimes take time to come to fruition.

10 years ago, Edison’s goal was to create wonder and excitement with his work—as a magician. When he watched his first magic show as part of the audience, he realised that everything is possible, and that creating something out of nothing was a wonderful spectacle.

Upon deciding that he wanted to create even more wonder, he decided to pursue something altogether different. TAG La, a tech startup that sells bluetooth devices that can help you locate lost/misplaced items, was co-founded by Edison along with Max Chua in December 2015, and is continuing to thrive today.

Edison says that the best thing about his new career in tech entrepreneurship is that everything is built from scratch, “just like a magician”. But he also discussed the importance in having a genuine passion for what you do, among other things.

“Your passion changes over time, being passionate is never enough, you have to find your purpose in your life or your work. This could be the hardest thing to find, but if you’ve found it, your entire life will definitely change. You have to place your purpose as your end-goal, while passion is only part of the process to achieve your goal.”

Based on these stories, it’s amazing to see how different people’s dreams can be yet all similar in the sense of the amount of effort and resources that was taken to realise these dreams.

More often than not, a lot of us let go of our dreams because of the fact that responsibilities and commitments makes it hard to just throw a lot of finance into passion.

But what if you had the opportunity to get RM10,000 to make your dream come true?

BigPay is looking to empower Malaysians to pursue their dreams with their newly launched “Dream Big” contest. They’re looking for passionate individuals who have these amazing ideas in mind and if they can translate that into a cool and inspiring pitch, BigPay will reward you with RM10,000.

So if you want to start a new venture, or help a special cause, or even just to throw a huge glamorous party, you can head over to BigPay’s website and send over your pitch. They will be choosing a new idea every month until the end of the contest duration, so you’ll have ample time to really sell your dream to them.

The key here is that no dream is too small, and this could be your chance in making that dream come true.

This article is written in collaboration with BigPay.

8 Millennials Share The Meaning Behind Their Tattoos
To Top